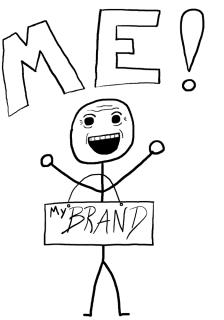 Well… it might be a very ridiculous story yet still many people pay attention. Somebody called it a “twitwar”, while I’m asking, “Heyy.. Wait,wait. Who exactly fighting here? Me?? Zzzz…”

Oke, I have to admit that it was me who start writing like this: 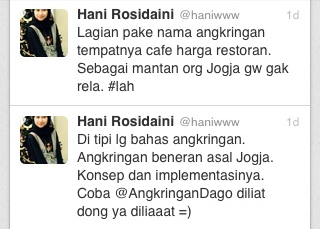 But, that’s all.
It just a common comment, I guess. People do even harsher when complaining to a big big cellular company when something happen with their cellphone. “Ind**at bangsat! Sucks! Rubbish! Damn hell! Stop being a b*tch, hey you Tel***sel! I don’t pay much for this such a scum of network, you jerk! F*ck!” (O-ow.. I just start being harsh here -.- )

Its all started 2 months ago when me and my several friends was going out to attend the premiere of “Pertama Kali” short movie because the producer is our friend too (may i mention your name here, Aria? :p). Then, after the screening, we intend to have a dinner in kind of cheap place, because some of us are still students and not in a good condition financially, hahaha… In an instant, we decided to go to “angkringan”, and one of us suggest how if we try the “Angkringan Dago” because it’s the nearest from where we are by that time. So there we go…
But, tadaaaaaa…!!!
When we reach the place, we see an “angkringan” that so different with usual, so much bigger (read: too big) than we expected (yeaa.. we never been here before -.-) So we were already suspicious and feel bad about the place. But we found nothing wrong with try, so we walked in, while hoping the brand aint really trick us.
But unfortunately our feeling was proven, the price is standard of café, we felt like being fooled, til have an idea like below:

PS: We didn’t really execute that plan, at last…

But yeaah.. we definitely regret it. We weren’t going there if we really want to go to a café. 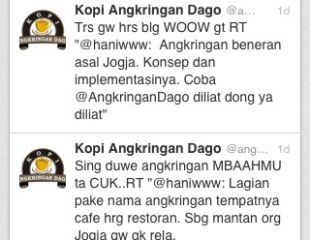 Then with a ruined mood, I tweet once again:

Oke. Sorry for not reply him personally, because I don’t want to argue with someone whose no manners, and instead of doing that, I prefer ask my friend’s reaction & support just to cheer and make me feel a lil bit better. And I am. I already feel better when my two friends say:

But then the other reactions are coming:

And you know? Uh-oh-uh-oh! The @AngkringanDago keep reply with his particular style:

And I cant expect what’s coming next: 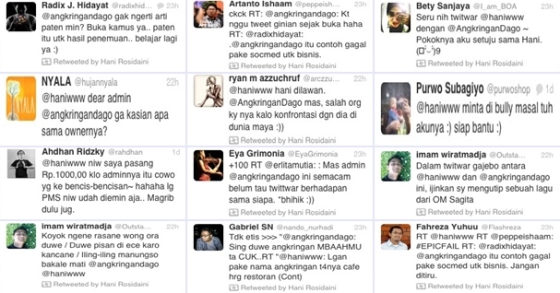 While you can see who actually enjoy it: 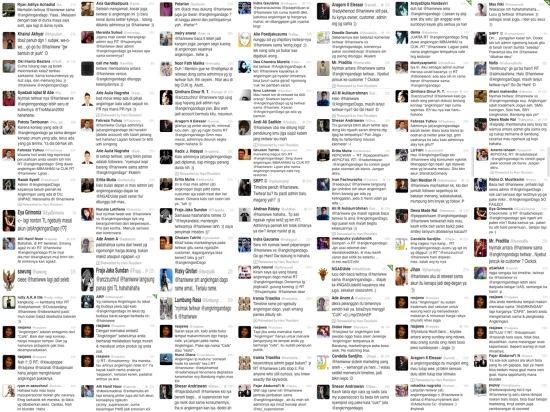 And reach the peak when well-known people take part: 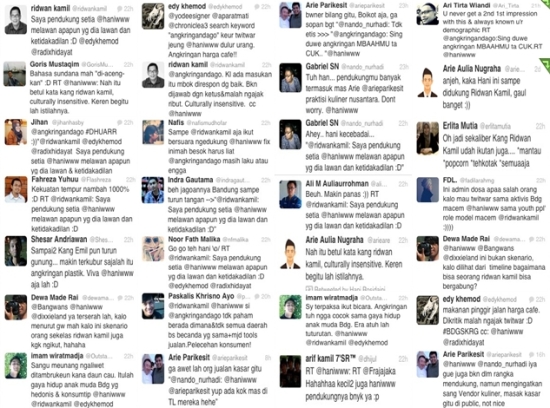 Somebody become suspicious of me:

While others put me on a good position: 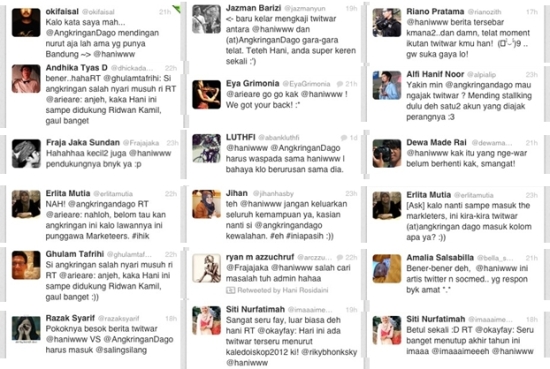 being opportunist for fun:

Good people accept this case as a lesson: 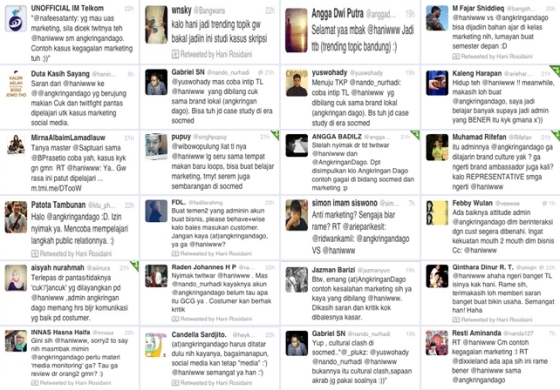 Eventhough some people think that I’m the victim: 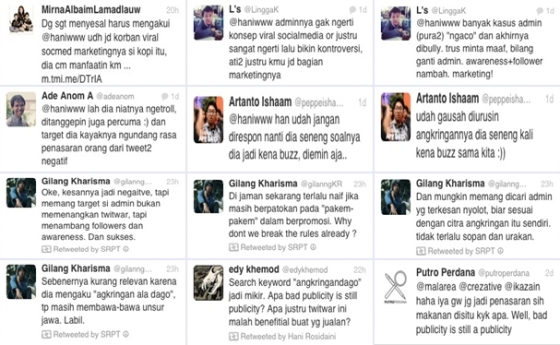 But I start to worry when reading this: 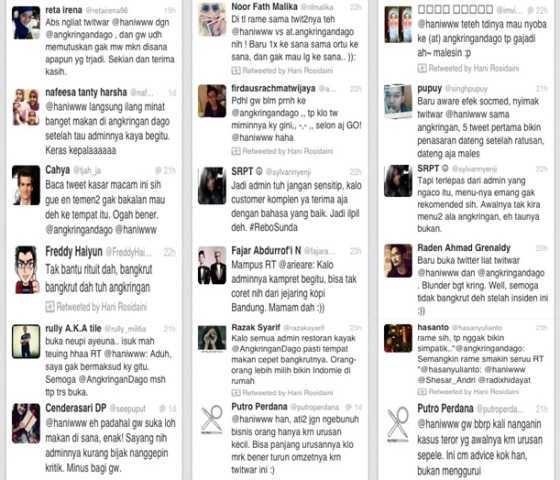 So I decide to take voice again:

Eventhough the @AngkringanDago is so rude, how come if he really lose profit? He may looks so happy, but it’s not really what I want.
A silly question also cross my mind, what if me who become the target, and somebody becomes hate me and do something? XD :p
But then I think, all I have to do is tweet again, and you’re all still stay behind my back,rite? :S

Along with the reactions, finally I can do nothing. I’M BANNED!! By Twitter. I cant tweet, reply, or retweet at all for 2 hours. Maybe Twitter is asking me to chill and calm myself down first, and I follow him. I watch TV and have a dinner. And after my access is back, I choose to not reply the mentions and end the night: 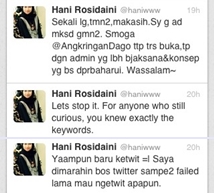 Yes, I notice that some people follow me after that incident, yet I confuse what they really expect from me. I mean.. I ask myself, “What kind of people are they? Do they expect me to keep fight and become a show?” Sad. And its proven. After a day, they unfollow me one by one, but who cares? I’m so sorry to disappoint you,guys..

And another mark is goes to these tweets: 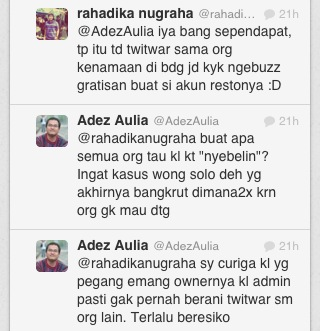 Yes, I do think so. The person who hold the @AngkringanDago account might be the owner. If he just an admin, it’s too risky to do, rite? He must be fired with no excuse. But who is he actually? Let we allow him to keep hiding behind the avatar.

And as a closing, I just want to show you his tweet (in the morning) after all of this: 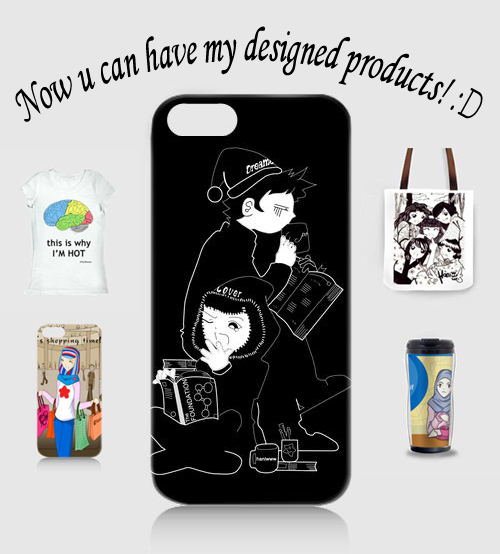 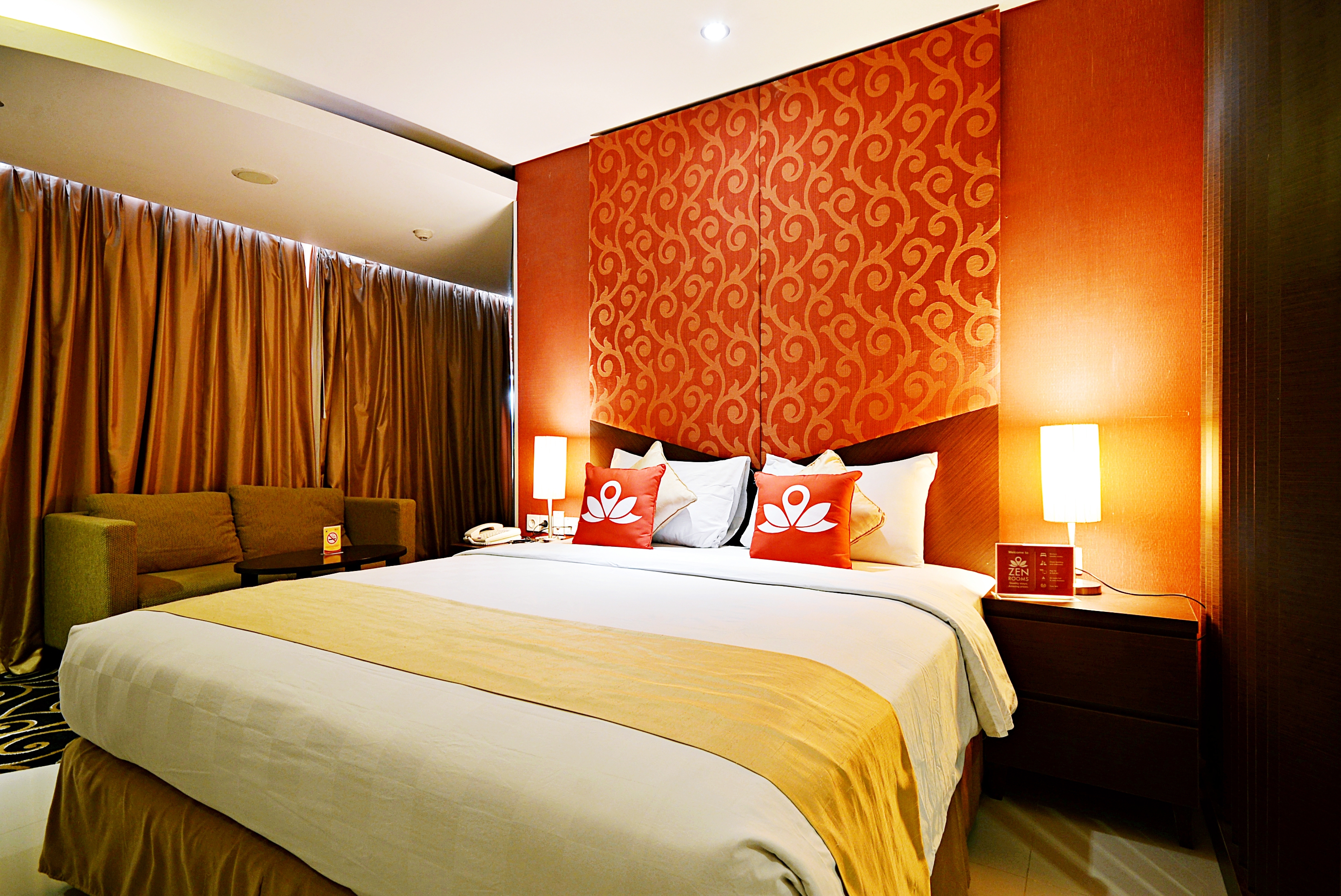 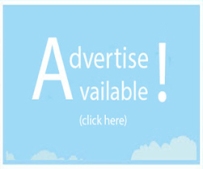